Shawn Rhoden, My. Olympia 2018 is a living example of strong will and determination. Here’s a man who vouched to either succeed on the stage of Mr. Olympia or give up the love of his life – bodybuilding. 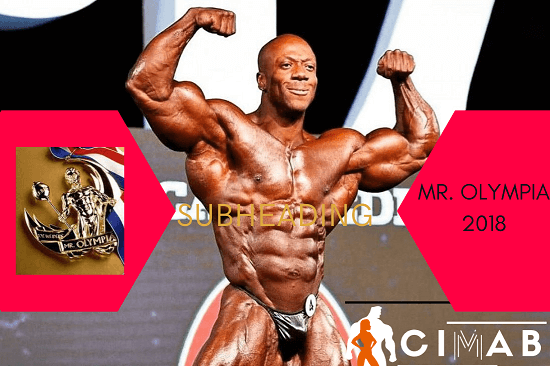 I must say that we don’t often see people who are this strong when it comes to a strong will-power. Making such a large claim and succeeding in achieving the number place from being placed at no. 5 just a year back is something for weak-hearted.

It takes more of a man to do so and hat’s off to Shawn for succeeding all the way to glory and the Mr. Olympia crown.

So, let’s have a look at the life of one of the most successful and yet controversial bodybuilders ever!

Shawn had an uneasy childhood but what is certain is that he was always good at sports. Before he got into bodybuilding, there were signs that he would take up soccer professionally. However, as a young man, he was deeply impressed with Yohnnie Shambourger, former Mr, Universe and decided to pursue his dream of becoming Mr. Olympia.

It is known that he even called up Yohnnie and the professional bodybuilder made some great recommendations that really helped him succeed as a bodybuilder. Of course, getting advice from a pro can bring about a massive difference when it comes to your approach, technique, and actual workout.

Sadly, Shawn faced many hurdles and that was largely because of his alcohol problems and depression and yet he managed to get his pro card in 2010. This is when he became more determined than ever to be the best of all bodybuilders and to win the ultimate Mr. Olympia title.

So, how did his Mr. Olympia journey unfold?

Well, he made a debut at Mr. Olympia in 2011 and was placed at no. 11, which I don’t think was a very bad start. The following year, he was able to make it within the top five contestants.

In the year 2017, he was placed at no.5 and also got a lot of criticism. This is when he made up his mind and vouched – “To win next year or to go forever!”

As he was destined to do so, he lifted the main Olympia trophy in 2018, dethroning Phil Heath from his title.

It is highly unfortunate that Shawn Rhoden might be on the verge of ending his career since he was banned from competing due to rape allegations. 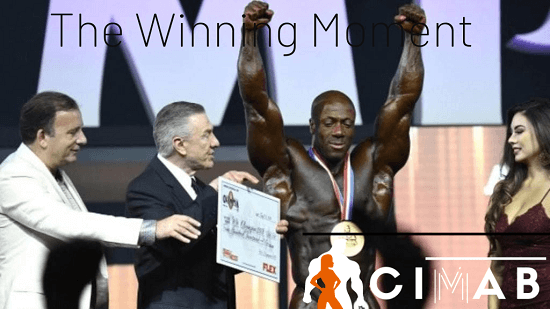 Shawn was married to Michelle Rhoden and has a 5-year old daughter with her. Unfortunately, as the news of his rape allegation came out, his marriage is known to have ended up in a divorce.

Shawn has had a successful career as a bodybuilder and he has won many a title, even though he has been successful at Mr. Olympia only once.

Here are some more details:

Shawn first competed in Mr. Olympia back in 2011 and he was placed at no. 11 out of 12 contestants. That doesn’t seem to be a big achievement but it was definitely a big stepping stone for a wonderful career ahead. According to Shawn, his first Olympia contest gave him a huge impetus to fight on and achieve better rankings in the years to come.

And it wasn’t long that he was able to finish third just a year later in 2012. It goes without saying that this won Shawn a lot of fame and he also got a lot of beneficial contracts as a result of this ranking.

There was no turning back after that and Shawn started concentrating on an Olympian victory.

But, there was still time before he could lift the coveted trophy and call it how own. Numerous issues came his way and in 2017 he was placed at number 5. This was the time that he had to go through a lot of criticism and it was then he decided that he either won the title or left bodybuilding forever.

As luck would have it, Shawn was ranked first in 2018 and won the title of Mr. Olympia. He dethroned Phil Heath and became the oldest man to have ever won the title. At the time of winning he was 43 years old. He won by 4 points and besides lifting the golden trophy, he also got a sum of $400,000 as winnings.

While lifting the trophy, he said, “My dream to believe. Today my dream came true”.

His victory was celebrated by fans and family all around the world. He thanked his coach for his unrelenting support throughout his struggle to win the Mr. Olympia title.

It is extremely sad, however, that various legal proceedings have hindered his career as a bodybuilder.

Let’s have a look at his workout…

One of the best things about Shawn is that he does not keep his training regime a secret. Having trained for many years, I myself feel that the results that you get entirely depend upon the effort that you put in.

Shawn regularly shares his workout routines with his followers and usually begins with a cardio workout to warm up his body. Now, this is essential to get into the grove and in order to avoid unnecessary injuries. He is known to spend 10-15 minutes on the treadmill before getting on the dumbbell rack.

Here’s a weekly plan that this professional bodybuilder follows:

He begins his Monday workout with 4 sets of flat bench presses, going heavier in each and set and reducing the number of reps followed by 4 sets of inclined dumbbell presses with 12, 10, 8, and 6 reps.

These two exercises focus on the chest and upper chest.

Next,  follow two exercises for the triceps and these include 2 sets of reverse pushdowns and 4 sets of overhead rope extensions.

This is followed by 2 sets of Smith Machine Squats and 4 sets of hack squats, targeting thighs.

Tuesday workout is all about lower body targeting thighs, hamstrings, and calves, with the exception of dumbbell rows that target the upper back.

Wednesday is a rest day in between, which is important for your body to recover and grow.

This is a mixed workout that targets shoulders, calves, and back. As the week progresses, the workout tends to get more difficult.

Fridays’ workout again touches legs, biceps, and back. I must say that this kind of workout can really be tiring and exhausting. When combined with enough rest, proper supplements and test boosters, and a healthy diet, it can lead to quick muscle growth.

Sunday is a rest day again.

What it means is that you train for 5 days and have 2 days for rest in between. I think it’s a great strategy.

Diet, of course, plays a pivotal role in the growth of muscle. Let’s have a look at Shawn’s diet…

Anyone who follows Shawn knows that he quickly gains weight during the off-season. One thing that is clear is that he loves food and puts in extra effort to stay off junk food and cheat-meals when the competing season is over.

Typically, he likes to have 5-6 meals a day and prefers having dishes that consist of more protein and are low in calories.

He goes on to say that he starts with a breakfast that consists of a cup and a half of oatmeal, 15 egg whites, and three whole eggs.

His favorite foods include steak and pancakes.

He does not like to diet too much during the off-season and would eat to his heart’s content till he has at least one ab clearly showing. That is where he draws a line.

This is what he says…

“If you’re able to look in the mirror and see one ab, you’re good. If it gets to the point where that ab becomes a muffin top, you have a problem.”

It is obvious that before a contest, he gets really strict with this diet and often uses fat-burners, energy enhancers, other drugs, and supplements to lose fat and increase muscle mass, which is very common with other bodybuilders too.