Since you want to know if Sadiq Hadzovic is natural or on roids, I am presuming that you doubt him to be a natty.

Now, Sadiq Hadzovic is an American bodybuilder with his roots in Bosnia & Herzegovina (former Yugoslavia) and it is known that his parents moved to the US after the war. 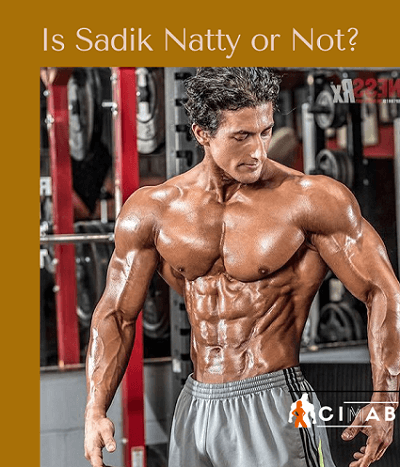 This guy has an incredible physique and he is known to have won 4 IFBB events, including one at the Arnold Festival in 2015.

Sadiq is more well-known for competing in the Men’s physique category at Mr. Olympia. He won second place in this category twice and what is interesting is that both the time he lost to Jeremy Buendia.

For those who do not know what men’s physique is, it is the category in which guys try to rep the aesthetic look rather than show their ripped and bulky muscle as is the case with Mr. Olympia title.

Men competing in this category are muscular with a tiny waist. A v-taper is a distinct feature in this category. Even though guys competing here are not as bulky or jacked as elite bodybuilders, they are still highly muscular and jacked as compared to us lesser mortals.

What is even more surprising is that these guys don’t weigh too heavy on the scales. You can well imagine what bodyweight category they fall in with Jeremy Buendia tipping the scales at just 164 lbs on stage. It clearly proves that you don’t have to be huge to look huge and that you can look great with well-defined and well-cut muscles.

After losing out to Jeremy twice, Sadik seems to have made a switch from the Men’s Physique category to Classic Physique where he is required to put on more muscle mass. However, the move doesn’t seem to have have paid off since he happened to been placed 3rd in the category.

He certainly looks huge and the big question is – Has Sadik juiced to gain those massive muscles?

When comparing with Fran Zane, two times Mr. Olympia, Sadik is 5 lbs heavier when on stage. However, what you need to take into account is that he is two inches taller than Zane. In simple words, he is quite similar to Frank as far as his size and muscle mass are concerned. 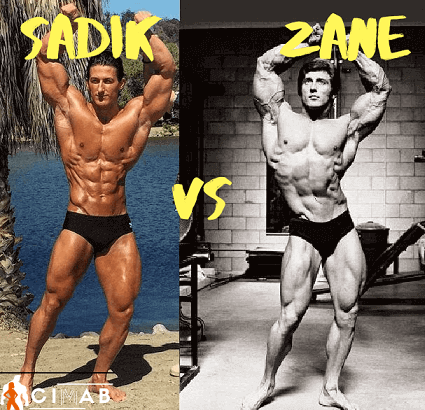 Frank Zane was popularly known as “The Chemist” and it’s no secret that like Arnold, he too took steroids. However, back in those days, little was known about the dangers and side effects of roids. As Arnie puts it, steroids were the latest thing to have come up and all the guys trying to gain muscle were naturally interested to try them out with absolutely no idea of what dangers they could pose to their health in the long run.

Getting back to Sadik, a lot of people presume that he too must have used steroids since he has the same proportions like those of Frank, who has is famous for his steroid use.

However, this kind of argument actually proves nothing. If Frank used roid to get jacked, and somebody else achieved the same bulking does not mean that he too took steroids!

Moreover, there’s a basic difference in between those days and the current day scenario. Back in those times, just a few guys were actually into bodybuilding but now, it has become a massive sport with more and more guys building muscle than ever. What it also means is that we might be having genetic freaks who can get jacked easier than the past bodybuilders and Sadik just might be one of those.

Having said that, present-day bodybuilders have access to a better range of supplements that can help them gain muscle like never before. Moreover, more techniques have been developed over time that can make a huge difference when trying to bulk up.

Getting into the history of this guy is more important if we want to know whether Sadik took steroids or not.

Before he started competing for the Men’s physique. Sadik was a fitness model and his earlier pictures clearly reveal that he had a lot of muscle. In other words, he looked big even before he began his career as a professional bodybuilder. As a matter of fact, he looks more or less the same size even now.

It means that he isn’t one of those guys who just decided to gain muscle all of a sudden and started juicing to get huge.

The muscle mass was already there and there’s hardly anything to suggest of a sudden spurt in muscle growth.

The Real Controversy – Before & After Pic

This whole controversy seems to have started with Sadik posting a before and after pic on his social media account recently. He got a lot of flak with people accusing him of taking steroids thinking that it is not possible to gain so much of muscle in just a few years.

Even though he does look much bigger in 2016 as compared to what he did in 2012, most guys who flex known that it is easy to look huge just by flexing your arms after getting a rock-solid pump in the gym.

Just to prove him right, he posted another pic of himself on social media in a more relaxed mode and when trying to compare both of these pics, it’s easy to conclude that the gains that he has made are impressive but they are not suggestive of roid juice. I mean, with a gap of 4 years in between, someone like him can put on such muscle mass with hard training, a proper diet and the right kind of supplements. 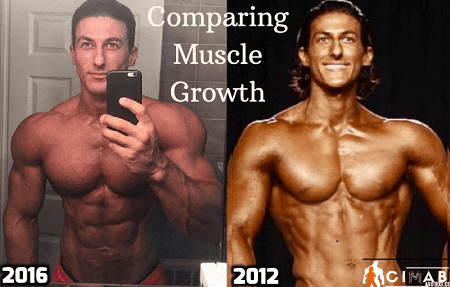 What I believe is that the muscle gain in between the two pics is quite reasonable and it is quite normal for a natural bodybuilder to gain this much of muscle mass in a period of 4 years.

What I also believe is that it was the pose or the angle of the previous picture that kind of created an illusion making him appear bigger than what he really is.

In 2016, he looks better conditioned and seems to have gained better muscle definition, particularly in his delts. This also makes him look bigger.

There’s not enough evidence to suggest that Sadik has been taking steroids.

Having said that, it is certain that he comes from a gene pool that has massive potential for gaining muscle.

Moreover, he does not show any other side effects of steroids which could include gyno, hair loss, acne, etc. His track record seems like that of Simeon Panda, who was also accused of taking steroids.

Most natural bodybuilders tend to make 90% of their muscle gains early on in their bodybuilding career and later on, they just seem to grow at a slow pace.

This is what seems to be so true in the case of Sadik Hadzovik!