So, you want to know more about Arnold Schwarzenegger Steroids or did he actually use steroids?

Before we actually delve a bit deeper into this question, let me tell you why I decided to write about it.

Well, to be honest, he’s such a legend that not bodybuilding site can ever be complete without him, steroid or no steroids, Arnold is someone every bodybuilder looks up to. Not just this, his techniques remain popular even today, many many years and decades after he was in his prime.

If you compare him with today’s professional bodybuilders, one striking difference is that of their waistlines. Nowadays, most of them tend to look as if they are pregnant with larger bellies. Arnie, in his old days, looked great with a small waist and huge shoulders and chest.

So, aesthetically speaking, he remains the king even today! 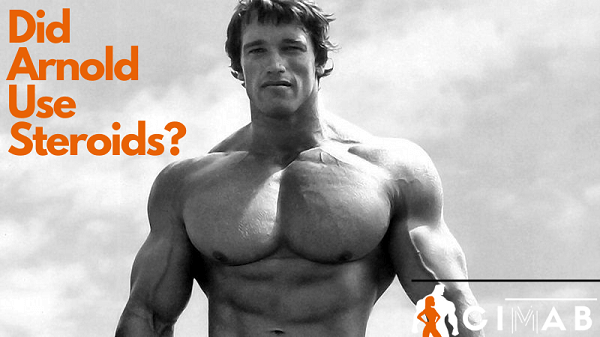 Did Arnold Use Steroids?

The use of steroids is incredibly rampant within the bodybuilding community and a lot of guys often wonder if Arnold used steroids to get those massive muscles.

Unlike most of the other guys around, Arnold has been quite open about his experience with steroids and what he did to gain size and strength. Not just this, he has also spoken about how he feels about the steroid scene today. Lou Ferrigno is another bodybuilder of the same era who is known to have used steroids. I am a great fan of Tom Hardy and he is another guy who is suspected of juicing to gain muscle and size.

He is known to have admitted using steroids along with intense training and a heavy diet to gain size and strength.

To be honest, he has no regrets. However, it doesn’t mean that he advocates in favor of steroids and other illegal drugs.

You need to understand what the scene was a couple of decades back when Arnold was training hard to reach the pinnacle of success in the bodybuilding world.

Schwarzenegger took steroids way back in the 70s. He went ahead and told ABC News that he had no regrets about using steroids at that time it was something new to have come on the market. Moreover, there he did it under a doctor’s supervision.

He also admitted to using steroids rather sparingly unlike present-day bodybuilders who use these illegal drugs unabashedly without caring about the side effects. He would use them for just a few months when preparing for competition since he did not want to get hooked to them.

I think the biggest point that goes in his favor is that at that time little was known about the side effects of such drugs. In spite of that, he is known to have used them in very small quantities.

How does Arnold Feel About Steroid Use Today?

Arnold is quite open about his dislike for steroids. He feels most of the bodybuilders are going the wrong way when they use steroids. He goes on to say that he would not have used steroids if he was aware of the health risks and damages, and side effects of such drugs. Moreover, he would always bodybuilding to remain a respectable sport. It is all about bodybuilding rather than “body-destroying”.

Sadly, most bodybuilders today are the unhealthiest people around which is not what things should be like.

Furthermore, Schwarzenegger stresses the fact that the use of steroids is common among the present generation of bodybuilders that it is nothing short of a challenge to prevent them from using them. Not just this, the modern drug industry has become highly sophisticated and this has made things even more complicated. Having said that, he still believes that there is hope and if things are done properly then steroid use may be brought down.

Moreover, he does not want to encourage anyone, whether bodybuilder or not to use steroids. It is OK to take food supplements and vitamins but drugs are a completely different chapter.

Is there any alternative to steroids?

With advancements in sports supplements, new products have come up and now you can actually have legal steroids!

These are supplements that are formulated with natural or organic ingredients that mimic the effects of steroids while doing away with their negatives. What it means is that they can help you get results as close to the actual steroids as possible without any side effects or even PCT. Besides, there are certain testosterone supplements such as Testo Prime that can help boost your T-levels naturally and safely so that you can gain lean, hard, and dry muscle as quickly as possible without fearing negative or adverse effects.

Arnold is known to have used Dianabol and now you have legal Dianabol by Crazy Bulk. It comes by the name of D-Bal and can help you gain muscle very quickly. It is great for increasing strength and also helps improve recovery. It has no negative side effects and does not require a PCT. You can actually combine it with other legal steroids for Crazy Bulk in a stack to get even better results.

Did Arnold Schwarzenegger use steroids?

Yes! he did. He is known to have admitted himself that he did steroids to get big and massive muscles but it is also known that he used them sparingly so that he did not get addicted to them. This is unlike most of the present-day bodybuilders who are hooked to steroid abuse and thus, face the damaging effects.

NO! It’s a massive no! There are two main reasons behind this. First of all, he wants bodybuilding to remain a clean sport. Secondly, he does not advocate body-destroying which is what steroid use leads to.

NO! This is because little was known about the side effects back then and secondly, he used steroids under medical supervision, which is not the case with current bodybuilders.

What is Arnold’s Cycle?

It refers to the steroids used by Arnold. He is known to have used three steroids that include Deca, Anadrol, and Dianabol. In popular terms, it is known as Arnold’s Cycle.

Arnold Schwarzenegger is a legend and there cannot be two ways about it. Even though he is known to have used steroids, he does not recommend using them since they pose a great threat to the health and well-being of the user. Thankfully, it is not the 70’s or 80’s or even 90’s. You have legal steroids that are 100% safe and free of side effects. I would recommend that you give such supplements a try to get massive and huge muscles without posing any threat to your health.