Do you want to know the answer to the question – Is Dwayne Johnson (The Rock) On Steroids?

Dwayne Johnson, popularly known as “The Rock,” is currently the highest-grossing male actor in Hollywood. But, as of now, he’s at age 48 and is part of the list of muscular male leads in the entertainment industry, with other names like Arnold Schwarzenegger among it, for instance.  He looks just great in Baywatch in which he starred with Zac Efron.

Over the years, we’ve observed how muscular men in the movie industry have become more prominent than ever. We have to blame the superhero genre for that, as DC and Marvel, to mention some, have been producing movies with men that follow similar characteristics as cast leads.

People seem never to get tired of watching men with similar characteristics as leads in the movie industry. However, what is the secret that keeps these men in such a muscular shape, even at an advanced age?

Although this topic is commonly discussed, there aren’t clear answers to all the questions we have about these male celebrities’ actions that keep them in such an excellent shape. Many people speculate about the abuse of steroids within the Hollywood industry to maintain these men’s physiques in such a voluminous shape. But in the end, everything remains as baseless gossip.

That’s where The Rock’s presence in the industry becomes so important. As the highest-grossing actor in Hollywood, it is important for him to maintain the tough, big guy image he’s been keeping for several years.

Is Dwayne Johnson on Steroids? The secret of his success! 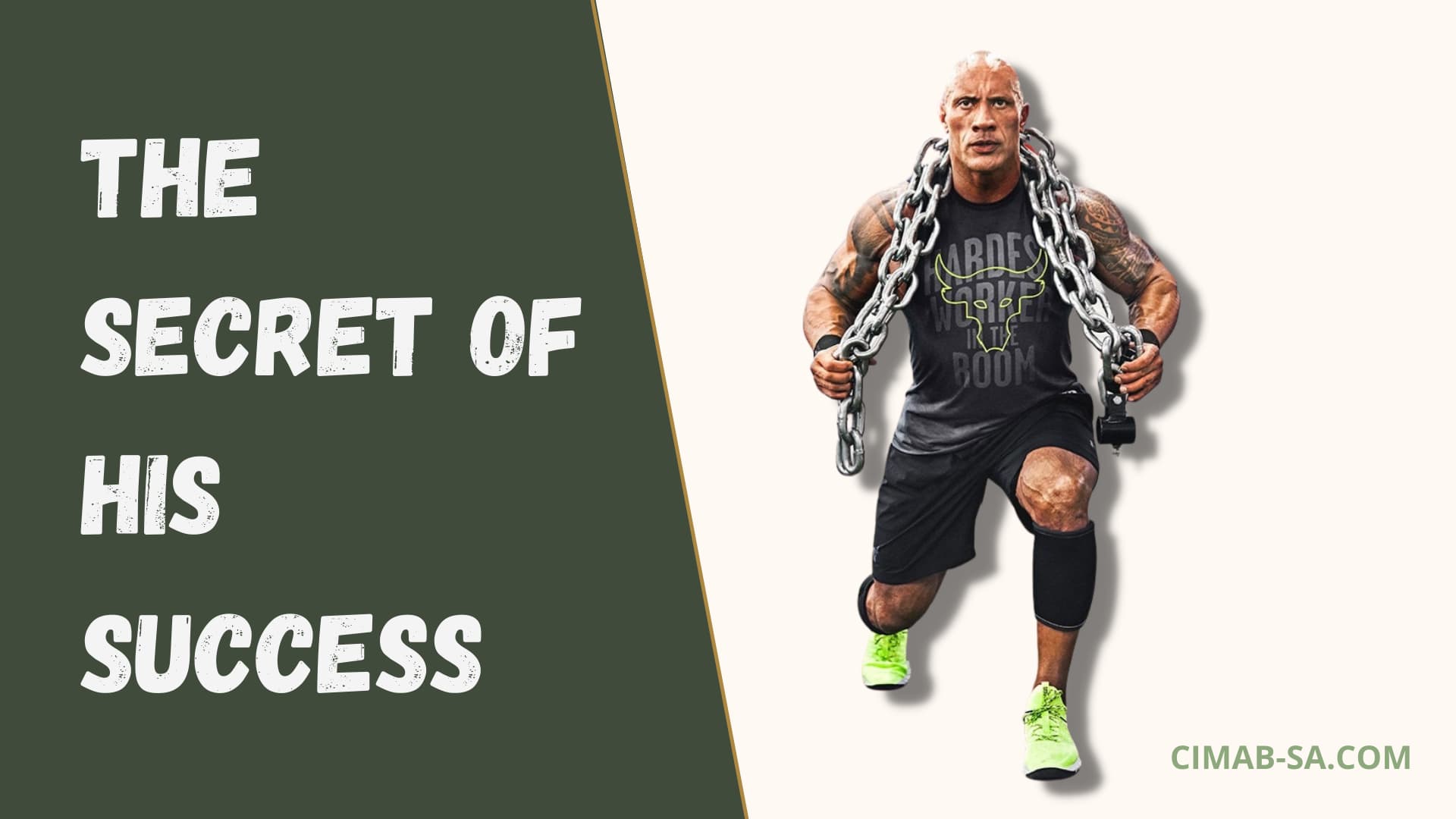 Johnson is currently Hollywood’s poster child. However, it wasn’t like that all the time. His career took off at first in 1996, when he started as a wrestler in the WWE. However, it wasn’t until 2001 that he earned his first role in a movie and then decided to abandon his previous career a few years later.

Following the abandonment of his wrestling career and the many years that have passed, it seems like The Rock hasn’t aged at all. He still maintains the same physique he had when he first started – and is probably even bigger than before.

Johnson has already admitted that he has used steroids in the past. However, according to the same interview conducted by Daniel Roberts (Fortune), he was about 18 years old when he committed such actions, acknowledging it but also letting us know that it was only something he and his friends did during the craze of youth. “We didn’t know what we were doing,” he said. He made these statements in 2009, during an interview for MTV’s Race to Witch Mountain.

Many articles around the web speculate about The Rock’s physique. While it is true that Johnson has maintained the same muscular body over the years, should we really attribute such characteristics to the use of steroids? In the end, everything continues to be speculating, and although we can guess a lot by observing, not everything that meets the eye ends up being “the truth.”

“The gym is my sanctuary.” 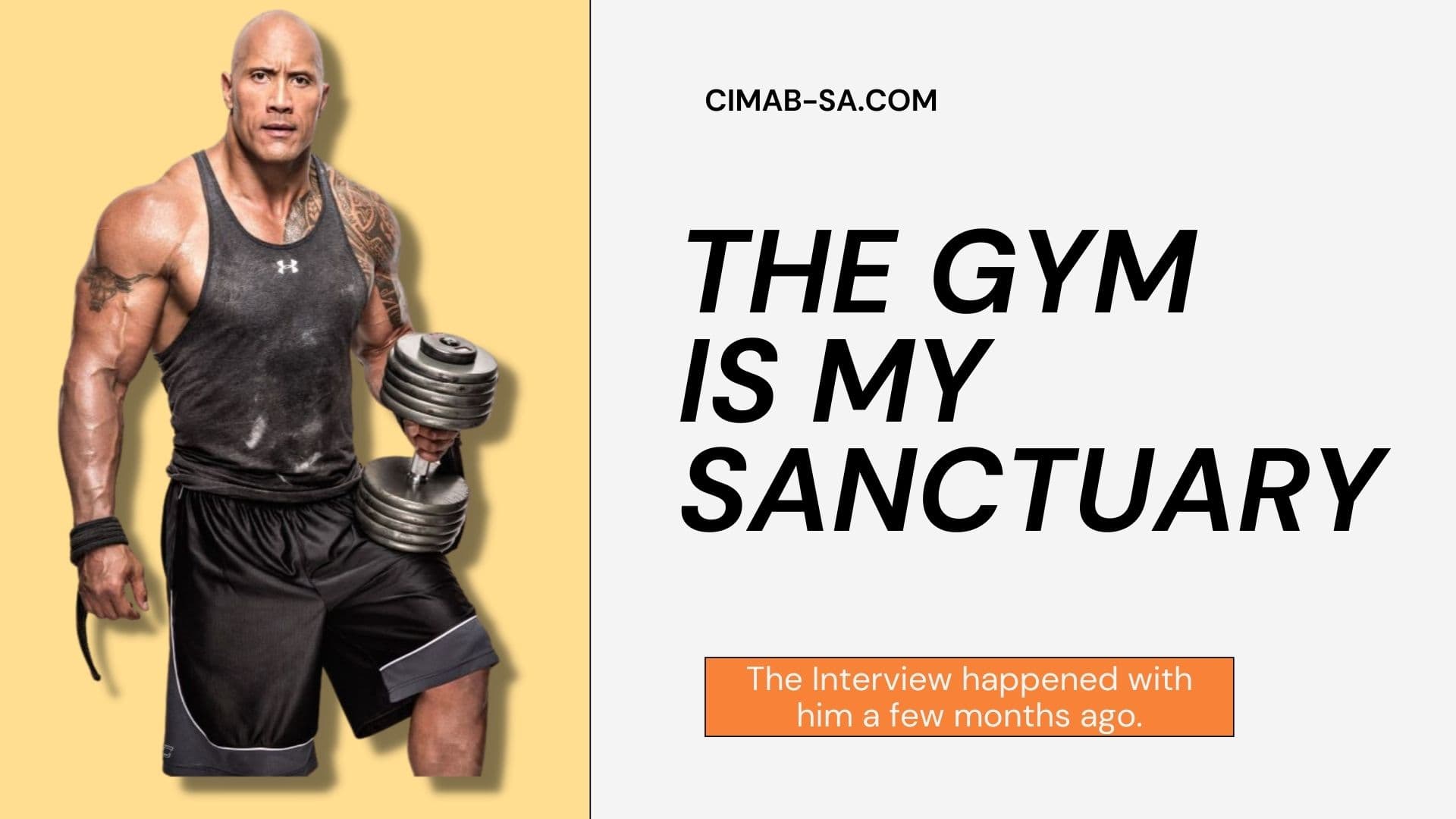 The interview with Fortune happened a few months ago. Johnson referred to the people who speculate about his physique a few times, stating that people will suspect and talk nonsense. Instead of acknowledging his hard work and following his example, people just like to put a lot of negativity into it just for the sake of gossip. These are not his exact words but an interpretation of what he said.

Johnson continued with the interview, saying that he maintains his physique thanks to the daily grinds at the gym. He follows a strict routine that keeps him hooked up for hours exercising, and even if he fails at the goals he sets for himself, he always continues no matter what, following the athlete’s philosophy.

What is the truth? 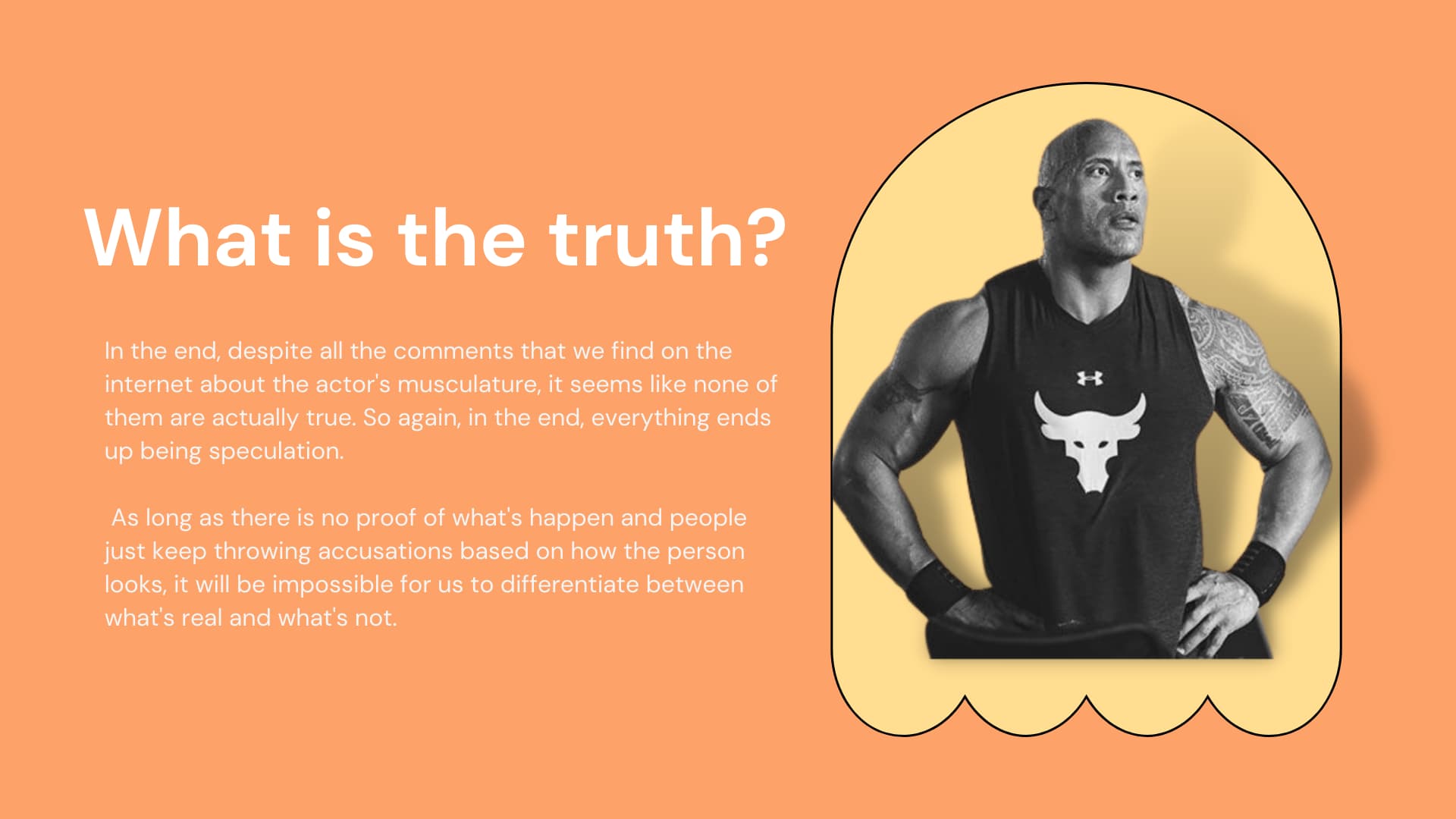 In the end, despite all the comments that we find on the internet about the actor’s musculature, it seems like none of them are actually true. So again, in the end, everything ends up being speculation. As long as there is no proof of what’s happen and people just keep throwing accusations based on how the person looks, it will be impossible for us to differentiate between what’s real and what’s not.

Although reading articles on the web is entertaining, we all know how fun it is to read celebrity gossip — let’s not forget that people like The Rock are still human beings. As a public figure, our comments still affect his persona.

It is true that Hollywood’s use and abuse of steroids have been a huge thing over the years. However, using these substances is not something we must attribute solely to the entertainment industry, as it happens pretty much everywhere. Even though celebs like Tom Hardy are suspected of juicing there’s not much proof to confirm that.

However, it is crucial for us to understand that the dehumanization of celebrities talks a lot about how we are as people.

In the latest years, where cancel culture has become a huge thing (especially in the youngest generation), people forget that celebrities are still humans and that they are allowed to commit mistakes. So although The Rock remains an excellent role model within the industry, people are looking for “hidden facts” of his life to bring him down for no reason.

As he said in the interview for Fortune, these comments don’t restrain him from continuing to pursue his goals and working on himself. In the end, there will always be people that spread gossip just for the sake of fun, but we have to remain true to ourselves in the end, not letting these mean comments define who we are as a person.

If we take into account all the facts that we’ve scrutinized throughout the article, we can conclude that Dwayne Johnson “The Rock” does not use steroids to maintain his body in such an excellent shape. Instead, we have to attribute his musculature to the dedication and constancy he has for himself.

At least, this is what we can learn, taking all the proof we have at hand into account.

He will continue to be the best-paid male actor in Hollywood for some years until he decides to retire or someone else takes his spot in a sudden change of fate.

Just like Dwayne, Mark Walhberg and Chris Hemsworth are some other guys who are also suspected of having used steroids by a lot of people. Check out if Mark has been juicing up or not by clicking here.