Mark Wahlberg’s body has been a hot topic for a long time. There’s been a lot of murmur regarding – “Does Mark Wahlberg take steroids?” 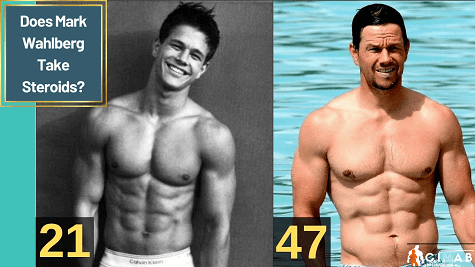 Mark’s first appearance was way back in 1992 when he worked for Calvin Klein. To be specific, he did the Calvin Klein underwear ad!

Looking at those pictures, Wahlberg looks comparatively small but fit. This indicates that he has been taking his body seriously for a long time, or perhaps since the beginning of his career.

However, concerns arose when he appeared along with Dwayne Johnson, in a film with all chiseled chest and pumped-up muscles making everyone turn around and stare at his body. To be very honest, I was also one of those who commented that Mark has been on something he doesn’t want to disclose publicly.

Slowly and gradually, the concerns of people turned into the most asked question by interviewers and media. I was also curious to know if he was really on something; or is it just pure hard work and nothing else?

Does Mark Wahlberg take steroids or is he a natural like Chris Evans?

The gossips regarding his body revolved around continuously until he wiped them all out by decently answering questions.

He agreed that steroids do have side effects and unfavorable advantages, which can be dangerous in the long run. He further added that if one can achieve something through hard work, passion, and dedication; why one should adopt options that are risky for their health.

His refusal to such questions was expected because people who consume steroids are generally hesitant to accept it publicly.

However, a few sections of the audience was convinced that the answer to the trending topic i.e. Does Mark Wahlberg take steroids, is a resounding NO!

The query “Does Mark Wahlberg take steroids?” kept prevailing. This is because the most followed actor, builder, and health freak seem to have gained 45lbs in just 7 weeks! 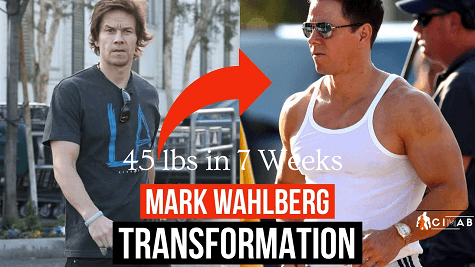 This is impossible for the audience to believe (even for me too!). Even if you concern a health specialist or a gym trainer, the answer will be straight “NO!”.

But how the hell did Mark manage to set a milestone?

Here is the breakdown of 45lbs:

Considering the muscle mass only, 30lbs is way too much to gain in the span of 7 weeks only!

This upside downs all the favorable answers into a negative one. However, Mark claims that he did it without taking help from steroids but maintained a diet and did a lot of weightlifting. His diet included 12 meals within 24 hours, which is considered force-feeding, and I guess; it’s extremely unhealthy anyway.

What does A Brand Needs? A Fit Body, Right?

Keeping all things in view, it is considered that Mark has taken his body seriously since the inception of his career. During his career, he has made an appearance in multiple films and ads, which helped him in staying motivated to work on his body and keep it in shape. Of course, when you are shooting for big brands and production houses; you need to have a chiseled body with pumped-up muscles.

More importantly, you need to maintain this physique for as long as you want to stay on billboards or any other media.

No Evidence To Proove, Except One

All of his statements are supported by a fact that no one could ever see any side effect of steroids on Mark; which is pretty obvious and impossible to hide if you are consuming steroids. The signs include:

The answer to “Does Mark Wahlberg take steroids?” seems a “no”, right? But here is a fact that unlatches the importance of the above-mentioned points.

When Wahlberg made an appearance in Pain and Gain, a little bloating was noticed by everyone while having a fat percentage very low in his body. Bloating is a key symptom of taking steroids. However, this has also been justified by reading his preparation for Pain and Gain in which he mentioned that the bloating was caused due to his rich diet and force-feeding.

His prep also reveals that he has been brutally feeding himself with food, after short breaks. He further added that he was already having 6000+ calories each day, so he expected not to gain weight immediately, but his waistline? Bulging happened.

Also find out if Dwayne Jackson, the Rock, is on steroids or not.

Chris Hemsworth is also suspected of having used steroids for Thor by a lot of people. Is there any truth in that? Check out this article to find out if Chris took steroids or not?

The Verdict – So, Does Mark Wahlberg Take Steroids or Is he Natural?

In my personal opinion, the answer to the most sought-after query “Does Mark Wahlberg Take Steroids?” should be a NO! I believe he is a natural – Why? This is because:

How to Bulk Up Without Using Steroids?

One of the best ways to gain muscle is by staying natural. Diet and exercise are an important part of this kind of approach but it is natural supplements that can be a massive help in this regard. Legal steroids and SARMs can help you get quick results without any side effects.

Thus, you can gain muscle, or burn fat without even worrying about negative side effects or PCT!

Yes, you don’t even require a PCT once you are done with such a cycle. That is the beauty of such supplements that are formulated with all-natural ingredients.

Even though they are called legal steroids, they are in fact supplements that are made with 100% natural ingredients and mimic steroids without any of their negatives. So, you can have alternatives for Dianabol, Deca Durabolin, Sustanon, and Trenbolone if you want to bulk up quickly. If you want to bulk up like Tom Hardy, I would suggest you opt for some legal steroids or SARMs, as mentioned below.

Crazy Bulk is an excellent brand that is now famous for its range of legal steroids and boasts of selling more than 500,000 bottles to date.

SARMs have been gaining a lot of popularity as compared to steroids since they have fewer side effects. More and more gym-goers are now opting for them in place of steroids. Having said that, you must keep in mind that a lot more research is needed to study the side effects of SARMs. 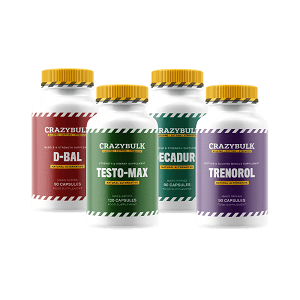 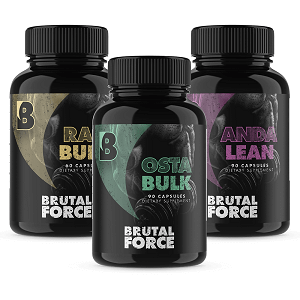 If Mark was on something, there must have been a few signs revealing that he is consuming steroids. Although I agree that massive weight gain transformation was noticed – his diet, exercise, and motivation towards this kind of a body was the main reason!

Mark Wahlberg has been really dedicated to this purpose and aced it through consistency. However, we can also say that his weight fluctuated throughout this period, which proofs that he didn’t take steroids. Many celebs are often faced with similar questions and one of them is Michael Clarke Duncan who looked huge in the Green Mile. Even though there are doubts about him being clean, I don’t think there’s a tad bit of evidence against Mark Wahlberg. This is unlike Hugh Jackman who is suspected of using a performance enhancer like Clenbuterol for his role in Wolverine. Or maybe even unlike Zac Efron who is also suspected of using gear to bulk up for Baywatch.

Hence, it’s wise to make a conclusion in favor of Mark; Does Mark Wahlberg take steroids? NO! He does not take steroids.