“Did Chris Hemsworth Take Steroids for Thor?“, is this the question on your mind?

Well, to be honest, you are not the only one who wants to know how Chris managed to build such a great physique for playing Thor.

So, if you want the answer just read on…

What are the first three things that people notice about public figures? LOOKS. BODY. MUSCLES.

What do public figures do to maintain a muscular and chiseled body? A major part of the crowd would shout “they take steroids!”

The same comes to Chris Hemsworth. If we talk about Did Chris Hemsworth Take Steroids for Thor, a lot of people will say YES!  But are they genuine, and does their opinion hold weight?

Let’s agree to it, we all believe that actors take steroids to get those perfect and rock-solid muscles!

Let’s find out if Chris Hemsworth has been taking steroids for getting jacked or not. 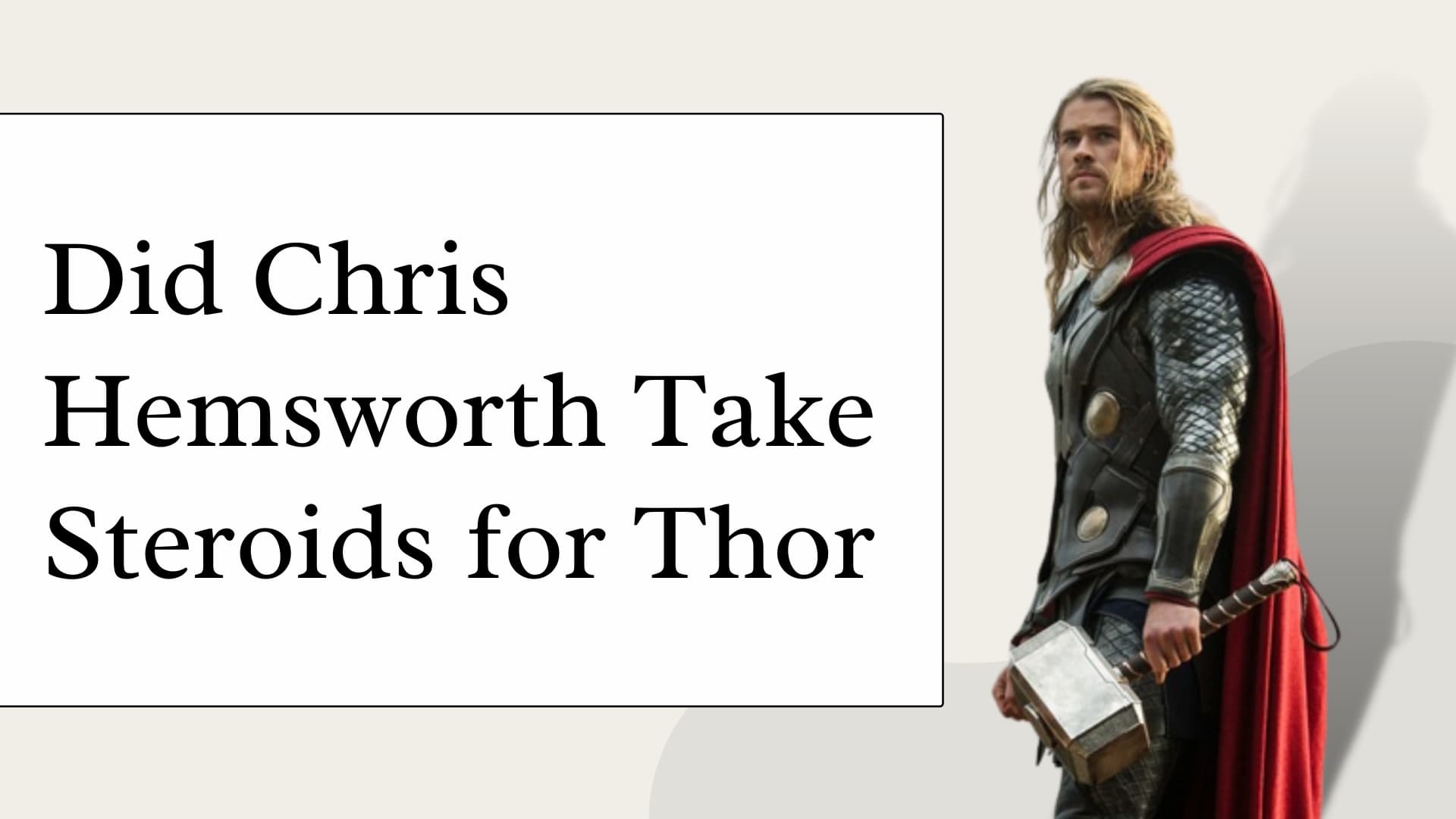 Forget Thor for a moment. Look Chris Hemsworth in Ca$h. Observe closely. You will find Chris Hemsworth pretty muscular and jacked in Ca$h. This indicates that Chris has been working on his body for a long time – but actually, he wasn’t.

Here comes the turning point. Chris revealed in an interview that before Thor, Chris wasn’t into weightlifting or working out. This means, his muscular and jacked body in Ca$h was an outcome of his god-gifted genetics or maybe, he was training without weights.

A lot of guys get muscular without even toughing those massive dumbbells and barbells in the gym and the secret behind their muscle growth is certain body-weight exercises. One of the best examples of such exercises is push-ups. There are hundreds of variations of push-ups and you can really build a massive chest just doing them. The same is true for squats. You don’t necessarily need weights to do squats to build massive thighs.

Coming back to Thor. Thor and Ca$h were a year apart. For Ca$h, Chris Hemsworth gained 20lbs.

If you compare Thor and Ca$h, the 20lbs difference is pretty visible – however, it doesn’t sound astonishing. This is because gaining 20lbs through weightlifting, diet, and workout is possible. Experts would agree that 20lbs isn’t impossible to gain in a span of 365 days.

If you rewind a little more, look at Chris Hemsworth in 2007 during his show “Home and Away” – an Australian TV show. Although Chris doesn’t look big and muscular, his body is somewhat well-defined and his muscles are visible. This adds more points to his naturally built body.

Even his friend Bobby agrees that Chris Hemsworth has been blessed with a naturally muscle-defined body. He does not need to lift weights, as he can gain weight by looking at them only.

Honestly speaking, I feel this is an overstatement and that even though he might be blessed with great genetics, he must have been doing some kind of exercise, with or without weights.

Also, let’s not deny that each body is different from one another and genetics do play a crucial role in adapting workouts, diet, and steroids. During Thor, Chris Hemsworth was a gym beginner, who had just kept his foot in the gym. Hence, gaining leans muscles or 20lbs for a gym beginner isn’t impossible. 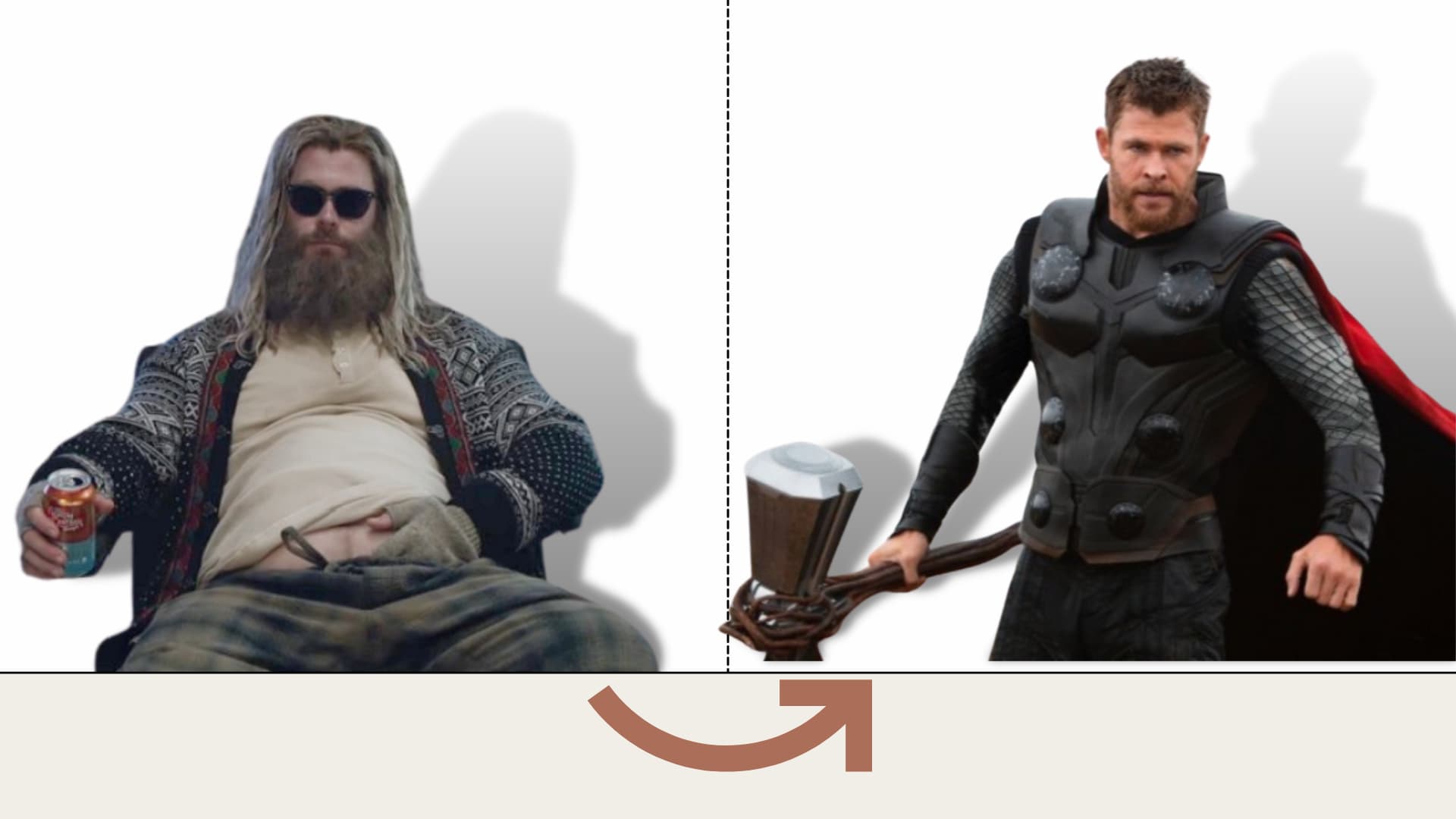 The Role of Computer Graphics

In my opinion, computer graphics plays a significant role in making a hero appear unnaturally bigger or vice versa. If you consider Chris Evans – the gigantic and pretty jacked guy appeared as a teensy-weensy person in Captain America. Here the involvement of computer graphics seems pretty strong.

The same goes for Chris Hemsworth. A little bit of imperfection would have been concealed by computer graphics. The same applies to Chris’s pictures available online across the internet. I believe those pictures are the edited ones, making him appear like a giant and vascular man with a lot of well-defined muscle making him look jacked.

So the idea that Chris might be on steroids doesn’t fit here.

The Workout Regime of Chris Hemsworth

Like I mentioned above, Chris has been naturally gifted with a robust body, but still, he didn’t make any compromises in his workout. His trainer Luke, a close friend of Chris, reveals that Chris adopted functional moves and weighted exercises. We all know, functional moves are pretty challenging but effective. Despite having a god-gifted body, Chris chose a challenging pathway, and it was definitely worth it.

Also, Hemsworth is consistent in whatever he is doing. He strictly follows his trainer’s instructions and rarely misses out on anything.

Moreover, Luke also revealed that with the passage of time, Hemsworth’s core strength has simply skyrocketed. He is now more energetic and active than ever before.

Hence, I can see that Hemsworth has worked hard instead of steroids to get the body he always wanted! 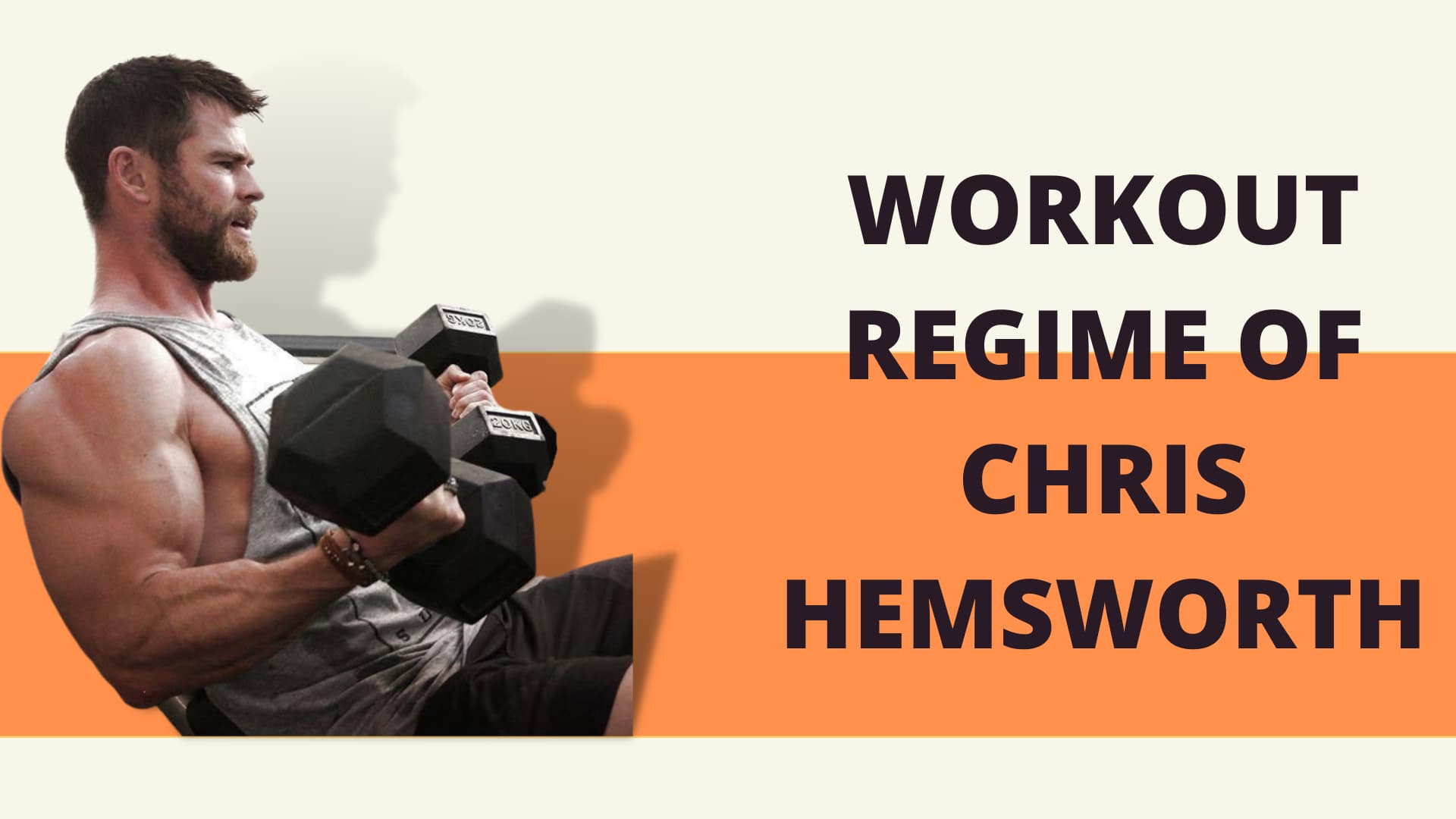 Is Chris Hemsworth Working With Same Energy For His Upcoming Movie?

The upcoming movie Thor – Love and Thunder by Marvel is another most-awaited thing by the audience; and of course, people are most excited to see Chris’s appearance in it. Telegraph interviewed Chris to know how and what he has been doing for his upcoming film.

Chris told that the pandemic has affected his workout routine. However, while staying home he is working to maintain his physique and fitness.

In an interview, Chris told that he has been the fittest in his Thor films, in the past 10 years. He has been never this muscular in his career. Adding to it, Chris agrees that being a Hollywood actor, when one works in high-budget films, the audience is constantly judging. To maintain a position, a good physique is important.

Despite shooting for 12 hours a day, he tries to be consistent with his workout. But Chris Hemsworth also added that working out is like a sport; which needs a balance. You do not have to work out 7 days a week, 2 hours each day. You need breaks in between for your body to recover fully from the onslaught of dumbells and weights that you use in the gym.

And I do agree! Audience expectations are always high with such legends.

So, Did Chris Hemsworth Take Steroids for Thor?

One fact I would like to shed light on is that a steroid consumer has the ability to gain 40lbs to 50lbs within 3 months. However, this wasn’t the case here. Chris Hemsworth took 1 whole year to get his desired body.

Besides this, let’s not forget natural bodybuilders like Donte Franklin are pure and natural with no record of consuming steroids.

So, I believe that Chris Hemsworth did not take steroids for Thor and that he is a natural. This is unlike Hugh Jackman who seems to have used Clenbuterol for getting ripped for his role in Wolverine. Even though Clen is not a steroid, it is still illegal in most parts of the world and can lead to a lot of unwanted side effects. Another actor who is not supposed to be as clean is Tom Hardy who seems to have got bulkier with his every successive on-screen appearance.

In this age, passing comments and setting a perception through unauthentic information has become very common! A lot of people believed that Chris Hemsworth consumed steroids to look bulky and muscular in Thor. However, it is not true. I must say that only a few stars like Chris Hemsworth take a legit route to not only become an on-screen superhero but a real-life superhero and inspiration for his audience. Another guy who seems to have been on the same route is Mark Wahlberg or even Christian Bale who seems to have put in a lot of effort to get the desired body for his role in the Batman Begins.

I agree, many actors consume steroids to get into a perfect shape, but Chris Hemsworth isn’t one of them!