Chul Soon or Hwang Chul Soon is a bodybuilder who has risen to fame over the past few years so much so that he does not need an introduction. The guy is huge with massive muscles that can make heads turn whenever and where ever he steps out. And it is quite natural for people to often wonder – Is Chul Soon Natural or on steroids?

Before we get into any more detail, let me talk a little more about Chul and his career as a bodybuilder…

Chul Soon, as you may have known, is a professional bodybuilder and he is the winner of the 2016 Musclemania Universe Natural Pro Title.

But this is certainly not all!

This is because Chul soon is a model and an actor as well and he is known to have appeared on TV, rather Korean TV for a couple of ad movies.

What makes him stand apart from a whole lot of bodybuilders is that he seems to have 3D muscles that look as if they would simply pop out of his body. I must say that he has done a remarkable job with his body and muscle build-up.

How much of it is natural, is what we are going to see in this article. We’ll look into his transformation to find out if he is a natural like Simeon Panda and Rob Riches or if he is deep into steroids for bulking.

Whether natural or not, what is certain is that he has an amazing body and not many men actually come even close, whether its his full biceps, or boulder shoulders, or tree trunk chest, and massive thighs.

Last but not the least, the guy is really flexible and has some awesome moves that you can see in the video below: 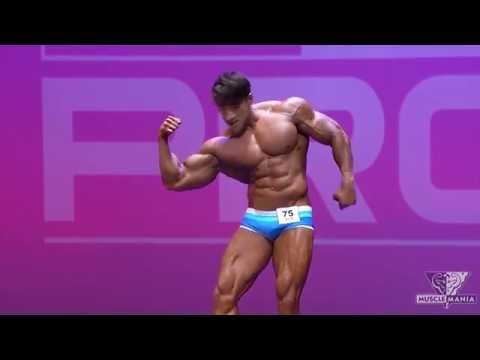 Getting back to the so-called natural issue, I would say that a lot of people do not like or appreciate guys who take the help of steroids to get big, massive, and ripped muscles. Not just this, a whole lot of such people also accuse guys who get big fast of taking steroids.

According to his own website Chulsoon.com, Chul claims to be a natural.

Having said that, I think not many people actually agree with it.

And you can’t blame such people for thinking like that simply because here you have a guy with massive muscle ready to pop out of his body and he looks like having a 3D photoshop effect. That he claims to be a natural seems to be somewhat absurd.

At the first glance itself, most people conclude that he is big time into steroids and there’s no way one could get that huge without taking anabolic steroids.

But, for the sake of this article, let’s not assume anything and check out his progress through the years, and his body transformation to know whether he is a natural or he might have used gear to reach where he is today.

Before I get any further, I must state that I am in no way connected or associated with Hwang Chul Soon and that this article is based only on speculation.

I order to arrive at a conclusion, let’s peep into his history and see what he might have done to get as big as he is today…

One of the ways to find out if a bodybuilder is natural or not is by looking at the federation that he is competing in. This is because it all depends on how strict the federation is with regards to its testing the contestants. Not just this, it is equally important to find out the rules of testing and if there are any loopholes that the contestant could take advantage of and pass without detection.

One of such federations is, of course, Musclemania and clearly states the requirements for testing after the competition.

As per the rule book of Musclemania, the top 5 contestants are required to give their urine for analysis right after the competition on stage, which is them examined for the presence of any steroids.

If a steroid is detected in the urine of any contestant then he is immediately disqualified and is also banned for competing in the federation for at least 2 years.

However, there’s a major flaw in this kind of testing which is that the contestants know the date of testing beforehand. What it means is that they use steroids during their training and plan their dosage in a way that the steroid is not detected in the urine on the day of the competition. In other words, this system could be easily manipulated and the contestants can actually get away with using steroids all the while without being detected on the day of the contest.

Thus, in my honest opinion testing by Musclemania does not mean anything at all!

Having said that, there are some other federations that follow stricter rules and make random tests throughout the year making it impossible for a contestant to use steroids and go undetected. These are the kind of tests that are trustworthy and truly reveal whether a contestant is natural or not.

In conclusion, it should be understood that bodybuilders that use steroids can actually compete in Musclemania Natural Bodybuilding Competitions and win it too. Chul Soon is also known to have won in the same category and but again, its results cannot be trusted blindly.

Since Musclemania Natural tag does not really reveal anthing, it becomes important to check Chul Soon’s timeline as a bodybuilder to find out what he looked like in the past and how fast or slow he has beefed up with those incredbily huge muscles.

If you look at his pictures from 2008 (that is 12 years ago), he looks like a guy who seems to be putting in a lot of effort to gain muscle and strength. Nothing unusual there though!

Second, comes his pictures two or three years down the line and it looks like he is pretty much the same. Even though there’s a difference of 3 years in between, there’s nothing unusual to remark about.

2014, or three years later, things take an interesting turn. It is now that he starts looking massive and huge. If you compare his pictures with those of 2011, he seems to have gained at least 50 pounds of lean muscle within a span of 3 years.

Now, this kind of muscle gain is clearly suggestive of steroid use. Nobody can actually make such gains naturally with diet and exercise alone.

Even though we do a get an idea from his before and after pics that he has been using gear, let’s check out some other factors:

The 3D effect that his body seems to be creating is largely because of his massive shoulders. Without them, it would be possible to create such as effect.

Even though it is not impossible to build boulder shoulders while staying natural all the way, 3D shoulders are definitely a big giveaway of steroid use.

Your shoulders have more androgen receptors than any place else in your body. What it means is that they respond well to steroids that are androgenic in nature. Thus, anyone using steroids is likely to have huge shoulders. And so does Chul Soon!

To be honest, Chul Soon seems like a good-looking guy in his earlier pics but in the pic above, his face seems to be too small for his massive body, particularly his shoulders.

As you age, your facial structure also changes. However, there are some signs that truly reveal heavy steroid use.

If you compare Chul’s face with what it looked like a couple of years back, you would find that it has changed beyond recognition which is not possible if he had been natural.

As a matter of fact, there’s so much change in his facial features that he looks like a completely different person.

This kind of change in appearance is usually not caused by steroids but by HGH or human growth hormone. HGH affects some parts of the body more than others. For instance, it increases the size of the skull as well as the nose. You can clearly make out that Chul’s head and nose have grown in size which is a tell-tale sign of HGH use.

If Chul’s been using HGH, shouldn’t he have a gut and bloating?

Well, it’s possible to use HGH and still not get the gut or experience bloating. They tend to occur not because of HGH alone but when Insulin is taken along with HGH.

Using HGH alone does not mean that you are going to have a gut.

Conclusion: Is Chul Soon on Steroids or Natural?

According to the factors we have seen above, I think it is easy to conclude that Chul has been using steroids. His massive frame, 3D shoulders, changes in his facial features, his growing head, etc., are all signs of steroid use.

For many years, he was a natural bodybuilder and there was nothing remarkable about him, However, he seems to have gone the other way back in 2014 when he seems to have made massive progress in terms of lean muscle growth. This is kind of change is possible only when someone starts using the gear.

So, I truly think Chul Soon is not natural at all!